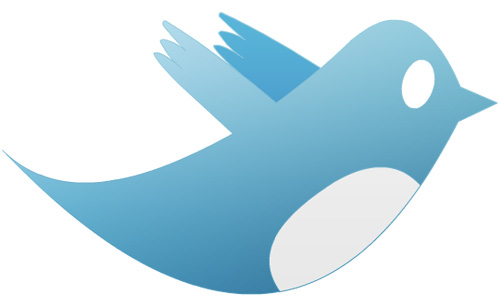 Err. It doesn’t quite know how to tell you this, but All Change Please! has a bit of a confession to make. You know how it happens. A few weeks ago – before all the current publicity – a friend asked me if I’d ever Tweeted, and said that I was missing out, and if I really wanted to be part of the gang, it was something that I really ought to try. Eventually I gave in and it’s been downhill ever since, spending each waking hour and minute wondering where my next Tweet was going to come from…

Now the thing is, like so many others, I had dismissed Twitter as something that people with posh iPhones with too many places to go and too much time on their hands did, somewhere you go to find out about the private lives of famous footballers, and that I had no interest in reading about the fact that someone’s cat isn’t well today. And what possible use could it have in education? Mind you, I used to think that about blogging too. I didn’t even realise that tweeting is something one can safely do in the comfort of one’s own home on a desktop or laptop computer.

After signing up, the first thing one needs to do is to try and identify Twitterers who are worth following. Most are individuals, but some are organisations too. Some you know personally, most you don’t. Many are ‘celebrities’ of one sort or another, and it’s curious how it starts to redefine one’s relationship with them: no longer mediated through an editor and publisher, broadcaster or institution, it seems to establishes a more direct, if entirely artificial, personal relationship with them.

I reckon there are two types of qualities in Twitterers worth looking out for. The first is the ability to create tweets that are clear, concise, witty and intelligent, and all in less that 140 characters. That’s quite a skill, and so far I’ve only found a few people who are really up to the job. But I do find the feeling that I’m in some way ‘stalking’ them a bit disconcerting, although of course they choose what to tell me (and potentially the rest of the world), about their private lives and where they are, even though I’ve never met or spoken to them. So, be careful what you Tweet.

The second type of Twitterers are those who consistently provide links to interesting things on the web. This is where I think Twitter does potentially have a major role to play in helping to find the good stuff  in amongst all the junk of the eco-system. What I’ve come to realise is that the valuable thing that Twitter does is to provide the easiest possible way to pass on links to others of things actually worth looking at. Instead of having to open up Mail and fire off a whole load of ‘Have you seen this site?’ messages together with reasons why they’ve bothered to make the effort to do so, all tweeters need to do is click on a site’s little blue letter ‘t’ direct link to Twitter, and it automatically appears as a comment for all their followers to click on, if they wish to do so.

Now if I were still in the classroom… it would be great if I could easily tweet links to my students about things that really interested me and were directly relevant to my subject. Even better would be if they tweeted links back to me and to each other about links they discovered. At the same time they would also be acquiring that now increasingly important skill of being able to communicate an idea in no more than 20 words (or 140 characters as it now is). And, just like following celebrities, I think it would somehow create a more personal relationship between mentor and learner.  I’m sure there are a number of schools already exploring these possibilities, but I suspect they are in the minority.

But the problem is, dear reader, the surprising thing is that I’ve discovered that hardly anyone I know personally Tweets. In fact, out of all the people who regularly receive an email link to these posts, only a few are on Twitter. So I’ll just say….it’s something you really ought to try, and if you don’t, you’re missing out…