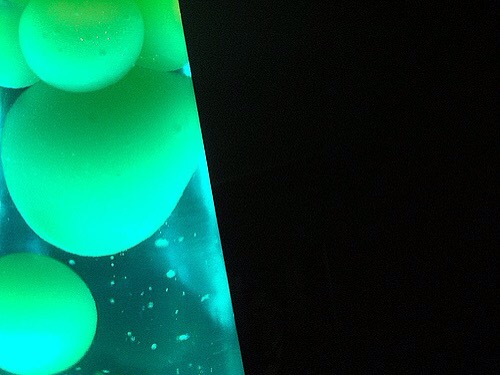 Is this what’s inside Nick Glibb’s mind?

There are a number of ways of corrupting Nick ‘I think, therefore I am right’ Gibb’s surname. The first is Glib, another is Glibb, and then there’s Fib. But the question is, which is the more appropriate?

According to various sources, the word Glib means a smooth talking or writing that suggests someone isn’t telling the truth. It is defined as speaking in a very easy way, which may appear to be insincere.

Meanwhile Glibb means:
1) a plasma like form of matter, e.g. a lava lamp (see above)
2) a thing of death which is used by the language of the elders
3) a classification for irregularly undefined sub-matter forms within the space-time continuum

And a fib is a lie told with no malicious intent and little consequence.

So, with reference to Nick Glibb’s recent highly propagandist speech, let’s see which seems to be the best fit…

“If we are to deliver a fairer, more socially mobile society, we must secure the highest standards of academic achievement for all young people, and especially those from the least advantaged backgrounds.”

These children, who showed such early promise, have been let down by our failure to offer every pupil the chance to benefit from a core academic curriculum.”

Yes, a clear case of ‘smooth talking or writing suggesting someone isn’t telling the truth’?

“As Tom Bennett, a teacher and founder of the superb ResearchEd conferences, put it in his excruciating (OK the word he actually used was ‘excoriating’, which means to criticize severely) review of Sir Ken’s latest book:

Is there anything more sad than the sight of someone denying children the right to an academic curriculum and the fruits thereof..”

And now he’s speaking ‘in a very easy way, which clearly appears to be insincere’. Somehow, over a period of nearly 40 years All Change Please! has mercifully been denied the horrific sight of anyone in a school denying a child the right to an academic education.

“It has also been suggested that our emphasis on academic subjects in the national curriculum, and especially the introduction of the EBacc, ‘crowds out’ the study of other important subjects, particularly the arts. We should acknowledge that the curriculum always involves trade-offs: more time on one subject means less time on others.

I make no apology for protecting space for the English Baccalaureate subjects wherever possible. By contrast, the best preparation for securing a good job is a solid grounding in core academic subjects.”

Glibb – ‘a thing of death which is used by the language of the elders’? Here Glibb, imagining himself to be an elder, is clearly announcing the death of the study of Arts subjects. And he really should be apologising profusely to children for damage he is doing to their futures.

“But it is exactly for this reason that we now need to extend the benefits of a rigorous academic education to all. The body of academic knowledge belongs to everyone, regardless of background, circumstance or job.

This is not a political issue of left and right, but rather a choice whether to stand behind aspiration and social justice, or to take the easier route of excuses and low expectations.”

Now All Change Please! is thinking of Glibb as…’a plasma like form of matter’. Not a political issue? Really?

“To those who criticise our focus on academic subjects, or suggest that the EBacc is a Gradgrindian anachronism, I have a simple question: would you want your child to be denied the opportunity to study a science, history or geography, and a foreign language?

Together, these measures will give more pupils the preparation they need to succeed – whether that’s getting a place at a good university, starting an apprenticeship, or finding their first job. They will provide the foundations of an education system with social justice at its heart, in which every young person reaches their potential.”

And finally, conclusive evidence that Glibb is clearly an ‘irregularly undefined sub-matter forming within the space-time continuum.’

As far as All Change Please! can see, both Glib and Glibb seem pretty accurate descriptions of the man. But as for Fib – it really doesn’t seem to fit as, if anything, he is speaking lies told with a great deal of malicious intent and far-reaching consequences.

The whole approach appears to be founded on the entirely fictional belief that up and down the country teachers are busy denying children from poorer backgrounds the chance to study academic subjects. This is an insult to a profession that goes out of their way to maximise the opportunities for all children to achieve their potential, and who realise, in a way that Glibb, a former accountant, never will, that this can also involve developing interests and skills in subjects other than those that are termed academic. As such, rather than promoting social justice, the policy is in reality condemning many less-academically able students to achieve lower grades at GCSE and thereby reducing their employment and mobility prospects. At the same time it continues to pedal the myth to the more academically-able that in the 21st century all you need to succeed in life is a degree from a Russell Group university.

If the government really wants to improve the quality of education it should be concentrating on teacher recruitment and long-term continuing professional development rather than playing the numbers racket.

Meanwhile, in other news – and there seems to be plenty of it at present – in a bid to get children to sit in silence while their supply teachers drone on endlessly, Tom Bennett, the school behaviour disastsar, has been asked to head up a task force to stop politicians making silly comments.

And, finally, Nicky Morgove has announced that in future two-thirds of children will be required to fail their EBacc GCSEs (yes, really…).  Meanwhile for schools to be termed as Outstanding by Ofsted they will have to enter all their pupils for the EBacc, and will then become known as Grammar Schools. All other schools will be re-classified as Secondary Modern or High schools – it all makes sense now, doesn’t it?