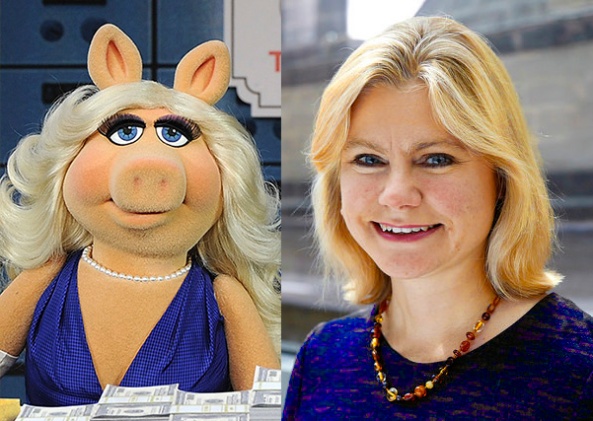 New PM Theresa May or May Not has announced the appointment of Miss Piggy as Secretary in a State about Education to join her Muppet cabinet. She will also be known as Justine Greening. It is believed Miss Piggy attended school in her youth, does not have any children and has a background in business, economics and accountancy, making her ideally qualified for the post. Meanwhile her earlier role of Secretary in a State about Transport means she should be in a good position to sort out the long-standing problem of school buses.

Kermit the Frog was unavailable for comment, but it is known that he continues to be unclear about their current relationship.

Meanwhile former education minister Elizabeth Trust Me I’m A Politician has been given the job of Justice Secretary, which, with this video clip in mind, is a little worrying, especially for Miss Piggy:

And so now with BoJo at the FO we can rest assured that Little Britain has a great future ahead as a world-class Heritage Theme Park in which visitors can experience first-hand what it was like to live in the last century when all pigs were equal, but some more so than others.