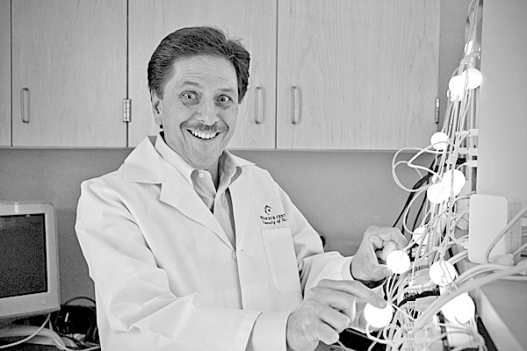 Now if All Change Please! were to write that in the not too distant future all you will need to do to learn something new will be to take the appropriate knowledge pill, you would doubtless think it had finally flipped its lid, completely gone off its rocker and that it wouldn’t be long before they would be coming to take it away to the funny farm where life is beautiful all the time, and it would be happy to see those nice young men in their clean white coats…

But if it did, it might go on to suggest that if you had a serious knowledge addiction problem, just as Michael Gove obviously has, and, for example, wanted to learn about rocket science, there would be a pill for that, and a different one to take if you wanted to know everything there is to know about brain surgery. To be taken only under the direction of a qualified teacher, obviously.

And just imagine the uproar at the Daily Mail headline: ‘All school children to go on the pill’. Or perhaps it might be a ‘morning after’ pill that was taken if you had forgotten to do learn Chapter 23 the night before? There would also probably be clever headlines such as “Is this the next generation of tablets for use in schools?’

Doubtless educational academics would write papers and attend long conferences where they would earnestly debate the amount of prescription that would occur with this type of so-called independent learning, and whether or not it should be henceforth referred to as ‘Meducation’. Should schools be henceforth renamed clinics? Would there be hard pills and supposedly easier-to-take soft pills? And of course, most importantly, they would need to decide what colour pill to assign to each subject area of the curriculum, e.g., yellow for English, blue for maths, orange for science, etc. 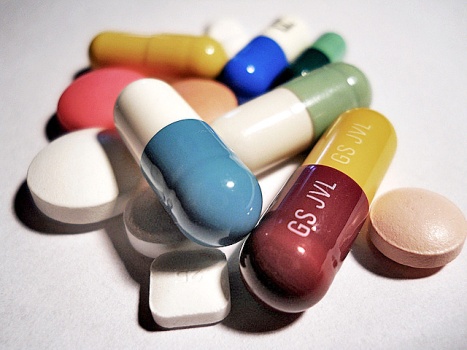 Meanwhile, don’t worry, All Change Please! intends to keep taking its tablets and as a result has no plans to make such a crazy suggestion. Especially as someone else already has. And not just anybody, but no less a person that Nicholas Negroponte, the founder of MIT.

Yes, the very same Nicholas Negroponte who in the mid 1990s was ridiculed for suggesting that one day people would buy music and books over the internet. And who around the same time was developing early prototypes of automated GPS driving systems, wearable computers and digital street maps, all of which no-one thought would ever come to pass. So obviously he’s no idea what he’s talking about. And his latest prediction is just as hard to swallow:

‘In 30 years, Negroponte said, we’re going to be able to literally ingest information. Once information is in your bloodstream, some kind of mechanism could deposit the information in the brain. You could take a pill and learn English or the works of Shakespeare. He said little else on the subject, but Negroponte assured the audience that the idea is not as ridiculous as it seems.’ 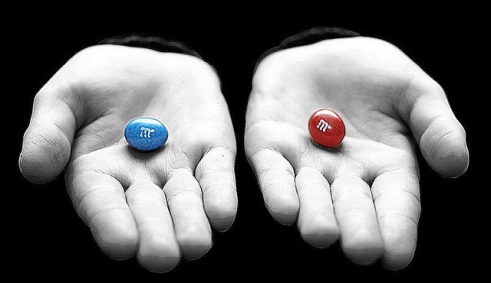 And of course, as fans of The Matrix are doubtless already thinking, there is a parallel here with the choice between taking the red pill and the blue pill. The blue pill allows the person to remain in the blissful ignorance of the fabricated virtual reality of the Matrix, whilst the red pill would lead to escape from the Matrix and into the painful truth of the real world. Presumably those heading for Oxbridge would take the blissful blue knowledge pill, while the rest of us would be given the realistic red one?

Meanwhile here at the All Change Please! Institute of Technology we are secretly working on a slightly different pill. One that isn’t about knowledge acquisition and recall, but one that makes it easier for people to be more creative and collaborative, and to accept and strive for positive change in the future. Now that really would be something worth having.