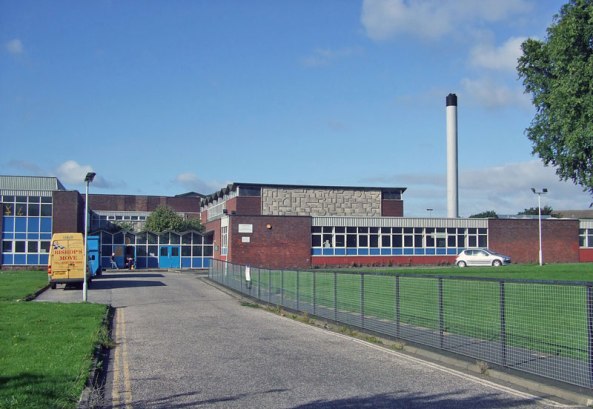 “The Government is poised to give the go-ahead for closing current comprehensive schools and re-opening them as three new secondary moderns in every town – a move which, according to a fallen politician taking the Michael, will apparently ‘revolutionise’ British education by taking it back to the 1960s, and offer the majority of parents even less choice of schools for their children. In these new schools the least academically able pupils will be able to fail their EBacc GCSEs even more effectively and leave with an enhanced sense of failure and lack of self-esteem. And as few will want to teach in them there will be need to be a continual roster of zero-hours contract supply teachers to ensure no child is allowed to progress beyond their natural ability.

The former Grammar School Df-ingE spokescomputer has issued a statement explaining that as they have no idea how to implement the new policy there will be a full pretend public consultation to advise the government, although of course any responses from so-called experts will be ignored. Naturally the questions will not ask whether they should pursue this policy, but on how best to make the educational provision worse than it already is. In line with other previous consultations, the results will not be published.”

But of course all this is no more than good old-fashioned political fantasy, lies and above all spin, thinly disguised as a desperate attempt to divert attention from the fact that the Tories are Sorry They Haven’t A Clue what to do about Brexitageddon, and at the same fulfilling their obligation of persuading loyal Conservative-voting Sun and Daily Mail readers to think the Party really has taken back control and that everything is going to be wonderful in the future, or more specifically in 2020, just in time for the next election. The reality of the fantasy is that as the Grammar School idea was not in the Queen’s Speech, the Lords will be able to debate and reject it. The truth of the lies is that there is no evidence to support the idea that Grammar Schools will improve either overall results or social mobility, and the momentum of the spin is yet another example of something that has been announced first and not thought about or planned until it has actually happened – all sounds familiar? All Change Please! is proud to name it Comprehexit.

Unfortunately it won’t be until the majority of Tory parents who support the idea realise that the chances are that it’s going to be their little dears who will be sitting next to the ‘riff-raff’ when they fail the 11 plus, as the vast majority do. Perhaps then, as they start paying expensive private school tuition fees, they will discover that the real issue isn’t so much about the opening of new Grammar Schools, it’s with providing an effective educational experience for all those who don’t pass the academic selection test. What’s missing from the current debate is the discussion that centres around the fact that it’s the current league table expectation for the resulting Secondary Moderns to follow the out-dated and inappropriate academic EBacc, and that socially they will, as they were in the 1960s, be widely considered as being inferior ‘second-class’ establishments for thickies who are ‘good with their hands’. First we need a major cultural shift away from the idea that a narrow theoretical academic education is always best for everyone, and that there are other approaches to teaching and learning that can be equally worthwhile.

But nonetheless, let’s see if All Change Please! can have a bit of fun with the idea, because, unlike the current government, at least it has a plan…

High standards of rigorous academic teaching and learning are for the most part achievable through a thirst for knowledge, inspired and delivered by academically-robed teachers and supported by reading theoretical texts. So really all that’s needed are a space, a teacher and a set of old-fashioned dusty text-books and access to a library. If we’re going to go back to the 1950s, let’s do it properly and get rid of the need to resource Grammar Schools with expensive and unnecessary practical laboratories, IT suites, workshops and recreational art, craft, drama and music studios. And instead of a plethora of sporting activities and associated equipment, all that’s required are some rugby posts for the autumn term, white paint to create a running track for the spring term and a bat and ball for cricket in the summer term. Oh, and no lavish and quite unnecessary re-builds or new facilities, other than perhaps a row of good old-fashioned futuristic mobile classrooms from the 1970s. And access should be restricted to probably less than the 10% of children who are really cut out to achieve the highest standards of academic excellence that will get them to Oxbridge or a Russell Group university and a lifetime of debt.

Meanwhile the money saved should be spent on newly re-branded specialist 21st Century Secondary Postmoderns that emphasise a preparation for the future in which creativity, collaboration and practical problem-solving are explored through a multi-disciplinary exposure to the Arts and Technology alongside an introduction to the reality of the world of business, commerce and the social sciences, and assessed through sustained coursework and vocationally-orientated qualifications that virtually guarantee a job. And inside them, teaching staff who have had some real experience of life beyond the confines of a Russell Group University. Somehow they need to become the sort of school that you really want your children to attend.

All Change Please! has a dream, and in that dream a primary school headteacher is telling the distraught parents of a ten-year old that sadly there are no places left in the local 21st Century Postmoderns, and that as their child only appears to be good at passing outdated and discredited intelligence tests and memorising factual knowledge, they will be best placed at the Grammar school where conformity, unquestioning obedience and a rigid adherence to a really proper 1950s and 60s school uniform with caps, straw boaters for the summer term and compulsory leather elbow patches is required.

And talking of school uniforms, the other trending education story is of the head teacher of a school in East Kent where children are being denied their education and instead allowed to roam the streets instead, all because of minor uniform infringements, such as wearing black suede shoes. All of which prompted Tony of somewhere not actually that far from Tunbridge Wells to comment:

“Children should be involved in the decisions to adopt a uniform (of course we all need to learn to dress the same and follow dress codes when appropriate) but surely understanding what drives this and why is far more important than mindlessly following the rules or aggressively breaking them.

Arguing that uniform is the only way to control children in a difficult school is so so sad. It reflects the forced sausage factory, industrialised “must be done to kids” goose-step vision of Tory indoctrination of the masses. Kids should be looking forward to going to school, they should feel part of the school community and active participants in developing the culture of the school. They should own the way the community learns about appropriate dress, from Year 7s through teaching assistants, technicians and even the head teacher…”

The problem with imposing overly-strict discipline in such schools is that most aspects of real-life notions of right and wrong, fairness and consistency and unconditional respect for authority that are valued so highly just don’t exist anymore. There are no clear rules, certainties and universally shared values, and children need to start to learn as soon as possible how to operate effectively within a complex world of crazy inconsistencies, ambiguities and contradictions largely determined and dictated by the media and political fantasies, lies and spin.